I’m expanding my horizons and learning more about different front end technologies. One tool that caught my attention was a static site generator called ‘Hugo’. I decided to give it a try!

My original goal was to build my own personal website from scratch, using a Javascript framework like Vue.js or React, along with a Material Design CSS framework. I wanted to use it as an opportunity to learn a new front end technology.

During my research, I came across the concept of static site generation. The concept piqued my interest, because I originally wanted to build something similar. I planned to use JSON files to store my content, and then write a Javascript front end to dynamically render the content. I didn’t want to deal with MySQL databases.

I learned about a tool called Jekyll, and it’s twin Hugo. I chose Hugo because it has a Windows build. I still use Windows to develop, so this was important! I spent all day reading the Hugo documentation and playing around with a tutorial app. It was very fast and easy to start up!

Next, I had to choose an appropriate theme. Hugo doesn’t ship with a theme out of the box, so you need to choose one. The Hugo website has a library of themes, and it was hard to pick the right one. Ultimately I realized that themes are totally customizable, and I have the power to alter them the way I like. The content of the site is more important.

The theme I ultimately chose was tranquilpeak. I’m a sucker for beautiful background images, so that was an important feature I wanted. I also loved the responsive sidebar! The template is simple and easy to customize. I got excited about the cover image, and went outside in the rain to take a bokeh photo.

I want to use this website to showcase some personal software projects and to write down some thoughts. There are lots of things I’d like to write about: programming, photography, juggling, diabolo and more. So stay tuned! 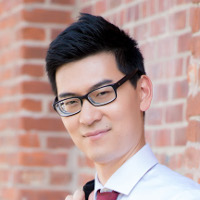 I’m a computer programmer who also loves photography and juggling! Feel free to ask me any questions.
[email protected]
by

I found my old laptop from college and tried logging in. Couldn’t remember my password! Find out how I managed to figure it out…

I learned how to use the Flickr API and built a simple photo gallery app.

I purchased Fractal Xtreme, and I am in awe.

Mandelbrot sets have fascinated me since I was 14. I traditionally wrote my own programs to generate the fractal. Today I decided to purchase Fractal XTreme, a professionally written program for Mandelbrot sets. It blew me away.

5 things I learned from my very first GeoCities website

I just found the very first website I built using GeoCities. Here’s what I learned looking back on it.

I now have more indepth experience with the Hugo Static Site Generator. This post will be a collection of things I learned, and solutions to issues I encountered.

I built a Mandelbrot Set Explorer using Javascript Web Workers and HTML5 Canvas. It’s one of my favorite software projects!

I built my own charting library using D3.js. This is an extension from my experience working on NVD3 at Novus Partners!

I wrote a cellular automation simulator using Processing.js. If you like Conway’s Game of Life, Brian’s Brain or others, this should interest you!

I’m expanding my horizons and learning more about different front end technologies. One tool that caught my attention was a static site generator called ‘Hugo’. I decided to give it a try!

I visited this popular state park in upstate New York. Let me tell you all about this wonderful nature preserve.